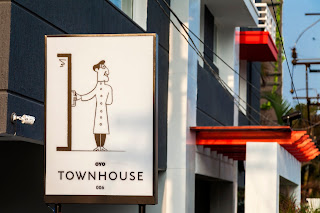 OYO-TownHouse,is an unique combination of a Hotel,Home,Merchandise
Store and Cafe'.

OYO,India's most innovative hospitality company launches its first Town House
brand of Hotel in Indiranagar,Bengaluru.It will further expand their operations
to Kormangala,MG Road,trinity Circle & Marathahalli in Bengaluru.Speaking
on the occassion,Mr.Abhinav Sinha,COO-OYO said,OYO Townhouse utilizes our
'state of the art' technology & patented processes to deliver an unique hospitality
experience".OYO Townhouse concept will be expanded to 12 major cities in the
country by 2017.The OYO Townhouse will be a  brand with an equilibrium of
Price,Quality & Location.
Posted by P.B.SRINIVASAN. at 5/23/2017 09:47:00 AM 2 comments:

Dr.Dinesh Gowda, Doctor with Hairline International  says skin requires
Collagen for glowing skin,for tender skin & also for improving the contours of
the ageing skin in the face.Decreased Melanin production will improve the colour
of the skin & there should be a balance as too low production is also not advisable. The Hairline International launches the Med Facial Treatment for Glow.
This treatment involves Face Pack ( white mask) & it takes about 45 minutes
once a month for six months for good results.

Nominated Rajya Sabha Members are not allowed to vote in the
Presidential Election.As there is advantage for NDA,the opposition
should cooperate with NDA to have an Unanimous choice for the
Highest post in the country.
Posted by P.B.SRINIVASAN. at 5/18/2017 04:29:00 PM 3 comments:

Email ThisBlogThis!Share to TwitterShare to FacebookShare to Pinterest
BY 2030,THERE WILL BE NO VEHICLE RUN ON FOSSIL FUEL.
SAYS THE STANFORD  STUDY.
Posted by P.B.SRINIVASAN. at 5/18/2017 03:58:00 PM 1 comment: 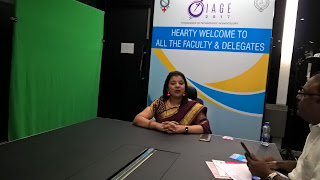 a Conference in Bengaluru focussing on new Innovations in
Endoscopic Surgery.Gynaecological endoscopic surgery promises
to be an exciting & happening subspeciality which holds lot of promise
for the future.Endoscopic surgery is one of the greatest revolutions in
medical history.The main goal is to increase safety,reduce discomfort
to patient &minimise hospitalisation.

The conference was held from 5th may,2017 to 7th may,2017.
Addressing the media,Dr.Vidya V Bhat, President of IAGE,Karnataka
said,500 participants who are all doctors participated in the conference.
She said that the latest trend is Key hole Surgery.
Posted by P.B.SRINIVASAN. at 5/07/2017 06:14:00 PM 3 comments: