Speaking on the initiative,Ms.Radhika Aggarwal,Co-Founder & CBO
said," This platform will immensely boost the  visibility of products
& maximise product views,thereby  helping vendors to increase their
business with us.". 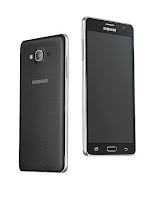 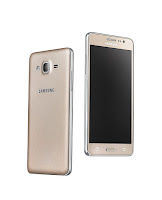 SAMSUNG INDIA LAUNCHES GALAXY ON 7 PRO AND
GALAXY ON 5 PRO ON AMAZON.IN.

Samsung India announced its launch of Galaxy ON PRO series of smart phones
Galaxy On 7 Pro & Galaxy On 5 Pro,which will be sold online through
Amazon.in.Mad in India,the new 4G enabled smart phones are packed with
host of services & features which takes the smart phone experience to the
next level.Through these new devices  Samsung aims to cater to the growing
needs of users who are "always on the go" & want to be socially updated
at all times.


Knight Frank India launched the fifth edition of its flagship half yearly
report -INDIA REAL ESTATE.It represents the comprehensive analysis
of the residential & office market performance of Bengaluru for the
period January-June,2016.

Bengaluru continued to be one of the best performing markets in the
country along with Pune.

Indian Real Estate market is coming out of woods;Mumbai & Bengaluru
lead the way.NCR still lags behind followed by Chennai."Overall,the first
six months have been on  a positive track,except for NCR & Chennai.but
we will have to wait for the next two quarters to see whether the market is
in the right direction" says,Mr.Shishir Baijal,Chairman & Managing
Director,Knight Frank India.

R.V.COLLEGE OF ENGINEERING,BENGALURU HELD ITS
GRADUATION DAY ON 2nd JULY,2016.

Addressing the Students,Dr.Kiran kumar said,,"Sustainable growth is
the organising principle for preserving finite resources necessary to
provide for the needs of future generations of life on the planet.It
requires implementation of environmentally friendly technologies which
are both efficient &adaptable to local conditions.He advised the students
to leave a footprint of them in this world by striving to make this planet a
better place to live for the posterity.He stressed the need to tackle the
environmental hindrances posed by unrealistic & unplanned development
based on scientific analysis & by providing viable technological solutions.