The Centre with an initial investment of US$ 100 million is one of 17 SABIC global R&D centres of excellence.The STC,with an area of 1,87,000 Sqmetres  will have
300 scientists,of which 150 will be Ph.D's. This centre will focus primarily on
diverse areas of research in Chemistry,material Science,process engineering,analytical & application technology.

This Centre will support business as a strategic centre of excellence to cater to
global & regional needs.The Governor of karnataka Mr.H.R.Bharadwaj, and
Union Ministers Mr.Rehman Khan and Mr.Shrikant Jena were also present.
Posted by P.B.SRINIVASAN. at 11/29/2013 04:10:00 PM 1 comment: 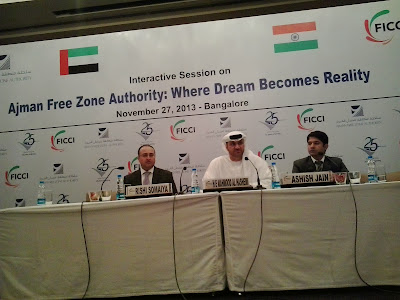 INDIANS CAN NOW SET UP OFFSHORE COMPANY IN AJMAN,UAE.

Offices in Ajman free Zone available for as low as US$555 per month in 24 hours.

Over 8000 companies are registered and operating Ajman Free Zone ,of which,38% are of Indian Ownership.

20 years land contract,renewable for another 20 years (4 decades of tax free .
operations).One can own an ooffice,warehouse,or land and get trading  license (commercial license for import & export).Service License,industrial license etc. Further,e-Commerce transactions are surging in the region and Ajman Free Zone Authority offers e-commerce license to its customers at a price far lower than other free zones.
Posted by P.B.SRINIVASAN. at 11/27/2013 07:57:00 PM 1 comment:

Every day we hear the ministers,political leaders and the media talk about inclusive
growth.Inclusive growth is, we all grow together with equal oppurtunities to all and
creating an eco system for the talents to bloom & prosper and no one in the society
Is either suppressed or oppressed. The United states of America is one such
example of a country which has the eco system for equal oppurtunity.This is the
essence of true democracy.

Now, let us ponder whether  we,as a country as an eco system for equal
oppurtunity .The answer is -NO. India is a free country for the last 66 years.It is
true we have grown in all fields.But is it sufficient to sit and relax as a country
of 1.2 billion people and 1.2 billion aspirations.Our society is fragmented and there
is mistrust between and amongst the members of Indian society.Hence, what
needs to be done to integrate and to set common goals for the development of the
country as a whole,This should be the agenda for all the political parties, thought
leaders and the media for  the General elections to be held in 2014.Let us not
divide the country for the sake of Vote banks.Let us learn from the history of the
country.We were invaded by Muslims ,by Greeks,the French,the Portuguese and
finally the British who ruled our country for more than a century.
Posted by P.B.SRINIVASAN. at 11/25/2013 09:34:00 AM 1 comment:

JCB India Limited started operations in 1979 and is the fastest growing company in the earthmoving & construction equipment industry.


Guidance for 2014:
* The bank aims to reach Total business of Rs.2,00,000 Crores by December,2013.
* The bank branches to increase to 1500 by December,2013.
* Continuous monitoring of the credit portfolio by the bank to avoid fresh slippages.
* To increase fee based income.
The Chairman & Managing Director Mr.H.S.Upendra Kamath said,"The bank is on
growth trajectory and with the steps initiated and strategies adopted,the bank is
poised to post further improvement in performance".
Posted by P.B.SRINIVASAN. at 11/11/2013 06:39:00 PM 3 comments: 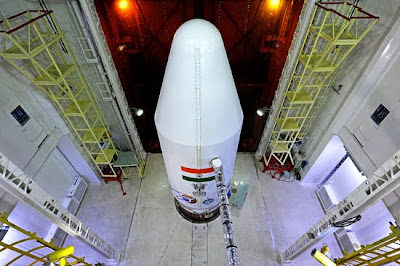 We as Indians should be proud of this achievement and congratulate the entire team of ISRO scientists.
HATS OFF TO ISRO.