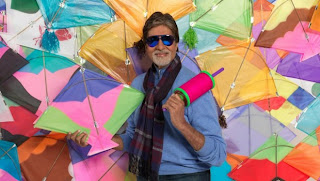 GUJARAT TRAVEL MART- a show case for stimulating,Travel,Tourism,Hospitality,
Leisure & other related Industries,both from within the country and from outside.

Gujarat Travel Mart is aimed at bringing about a face to face encounter with the
Travel,Trade,Hoteliers & other stake holders from India and abroad.

Gujarat Travel Mart will be held at Gandhinagar-Gujarat from 31st March to 2nd April,2013.

The ad campaign showed scantily clad voluptous women stuffed in the trunk of the
car maker's Figo model. In a statement the advertising firm expressed regret over
the publication of the ads and said  they  should never have been created in the
first place.It said the firm deeply regrets  the publishing  of posters that were
distasteful and contrary to the standards of professionalism and decency.
Source:ANI & Yahoo India Finance.
Posted by P.B.SRINIVASAN. at 3/25/2013 08:38:00 PM 1 comment: 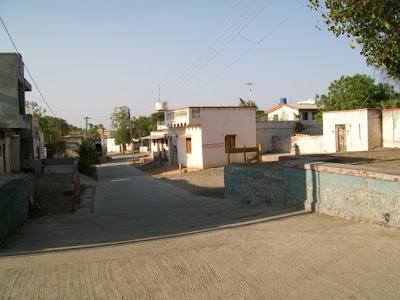 Popat Rao Pawar, VillageHead of Hiware Bazaar in Ahmednagar district  was instrumental in transforming his village from drought struck  poverty ridden village to one of the best models for India to replicate. How he did it ?.

The first thing Pawar did was to get rid of the 22 illicit liquor dens,ban consumption of liquor altogether,ban tobacco & gutka.

Then he inspired the villagers to pitch in to build dams and dig ponds to store the little rain that came in.This new water management system helped immensely as the wells soon filled,allowing farming to begin with fields becoming lush and green.Now the villagers look content with their monthly per capita income crossed Rs.30,000 and in a village of 235 families and 1250 individuals,there are 60 millionaires. In 1995,there were 168 BPL families in the village,now there are only 3 families who live below poverty line and the village is now working to help them improve their income with hopes that in next year, no villager will be poor.

This village has shown that if there is good leadership and strong will,anything can be achieved.

U.S.Tax authorities and foreign governments are on track to conclude dozens of
agreements in coming months on the sharing of financial data about
citizens, with deadlines nearing implementation of a sweeping U.S anti tax evasion law.
The U.s.Treasury also initialled an inter governmental agreement (IGA) with Germany. The deal still needs final approval by both countries' tax officials,but shows progress being made in implementing the Foreign Account
Tax Compliance Act (FACTA)

FACTA made law in 2010 as part of a crackdown  on tax dodging by wealthy
Americans, requires foreign financial institutions to disclose to the Internal
Revenue Service more about Americans' offshore accounts that are worth  more than $50,000. .Completed pacts  are in place with Britain,Denmark,Ireland,Mexico
and since earlier this month with Switzerland.

FACTA implementation is seen by some tax experts as contributing to greater tax
strictness around the world.

"There has been a real shift on the international level in identifying tax evasion
as a massive social problem",said Heather Lowe,Director of government affairs
at antigraft watchdog Global Financial Integrity.
Source: GFI & REUTERS.
Posted by P.B.SRINIVASAN. at 3/01/2013 09:13:00 AM 4 comments: